"I truly believe the cleanse has helped to wash away some of the things that keep me from seeing the true me.  This feels great. It's time for me to live my life, no regrets."

How toxic are you? 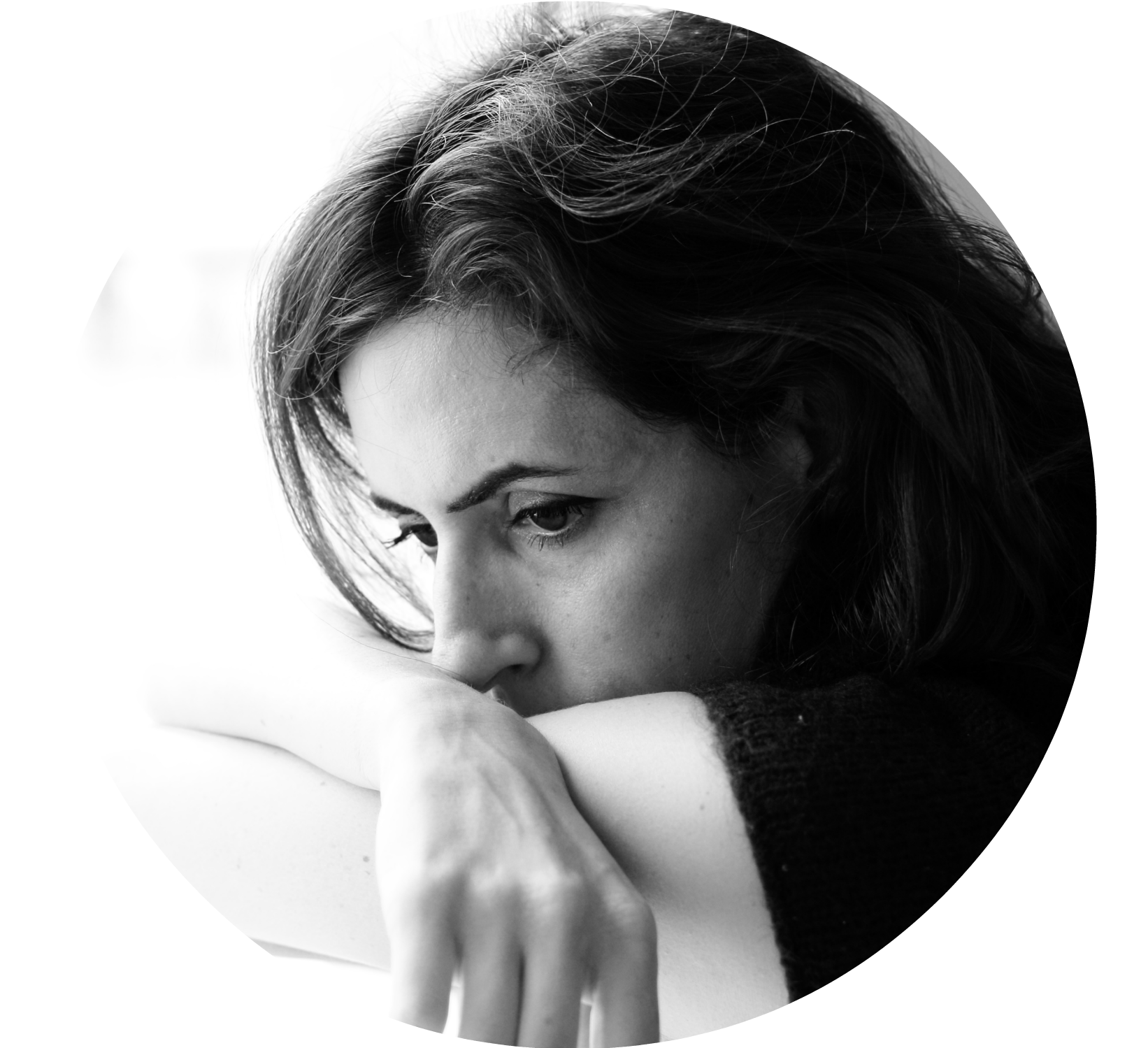 Did you know that...

Are signs of a mind and body in distress.

They're your body’s way of telling you that something needs to change…  Are you listening?

Detox your LIFE with Ayurveda

“I’ll be forever grateful to Chara for introducing Ayurveda into my life and my yoga practice. The clouds of fatigue and indecisiveness lifted and I felt renewed clarity and energy immediately.  I’ve used this wisdom daily to guide my awareness and my choices”

...And I’m not your average health coach!

For starters I’m an Ayurvedic practitioner, so I believe that food is medicine, aging is optional, and having a vibrant mind, body and life starts with getting to know yourself a little better!

I'm also a yoga teacher and therapist and I deeply understand the impacts that our crazy busy modern lives have on our minds and bodies (I see it every day!).

Cleansing has been a game-changer for me, my family, friends and clients.  And the amazing part is... it's REALLY SIMPLE.

SO I've created this cleanse to transform and empower women who... 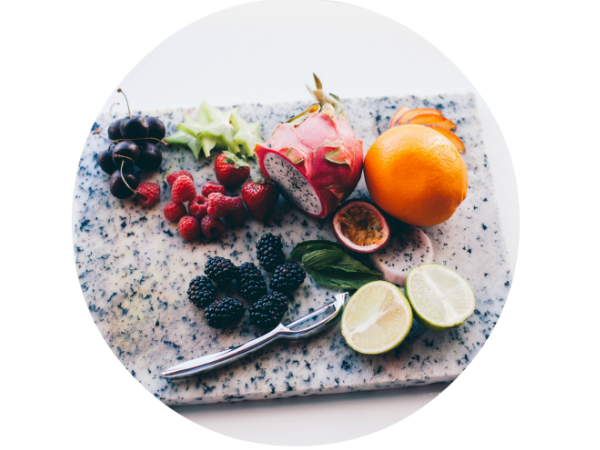 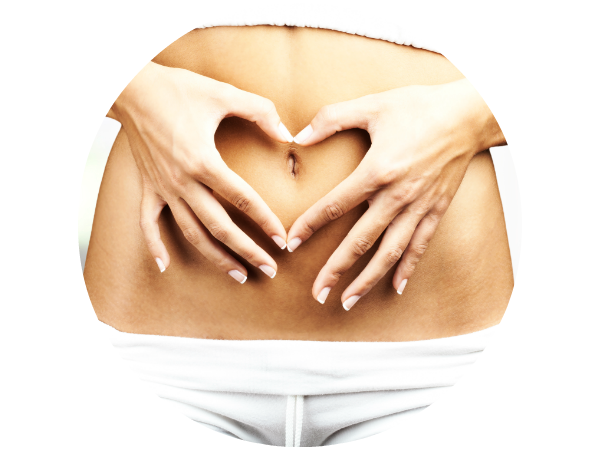 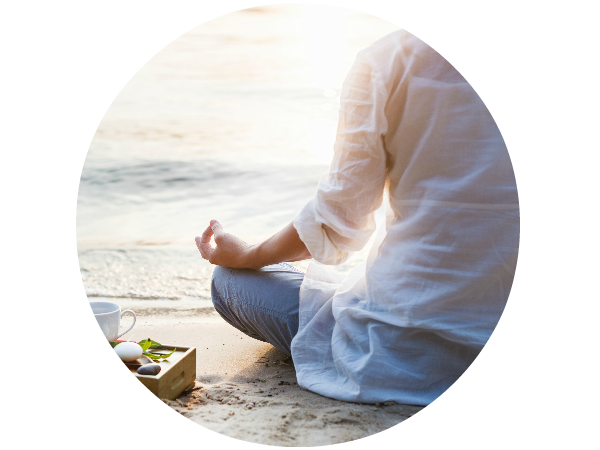 "Thank you Chara! You’ve helped me find some balance in my life and helped me see that healthy changes are possible."

"The program was VERY valuable and helped me become aware of my unhealthy habits and change them FAST! It also helped me to lose weight FAST! Everything was explained well, the information was so useful that I can use it for the rest of my life! Thanks for everything, I LOVED it!”

Create space in your body for energy and freedom

Here's How it works

The Cleanse is an Online detox course with LIVE support.  It's designed to help you learn and use the wisdom and tools of  Ayurveda to support YOU in creating mind-body balance NOW and forever.  Here's the bird's eye view... 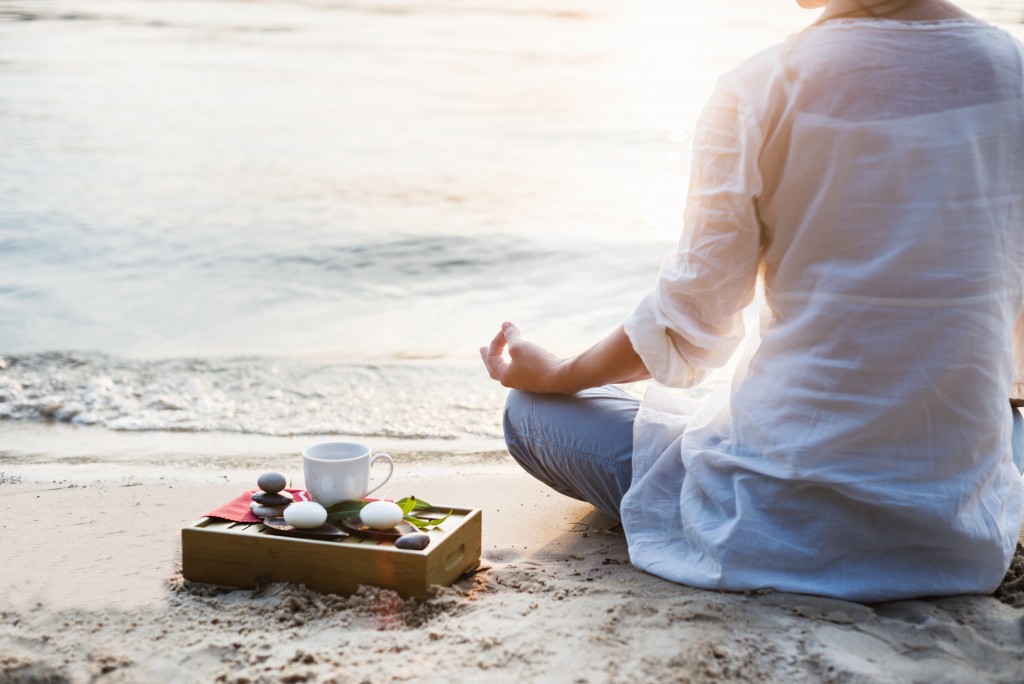 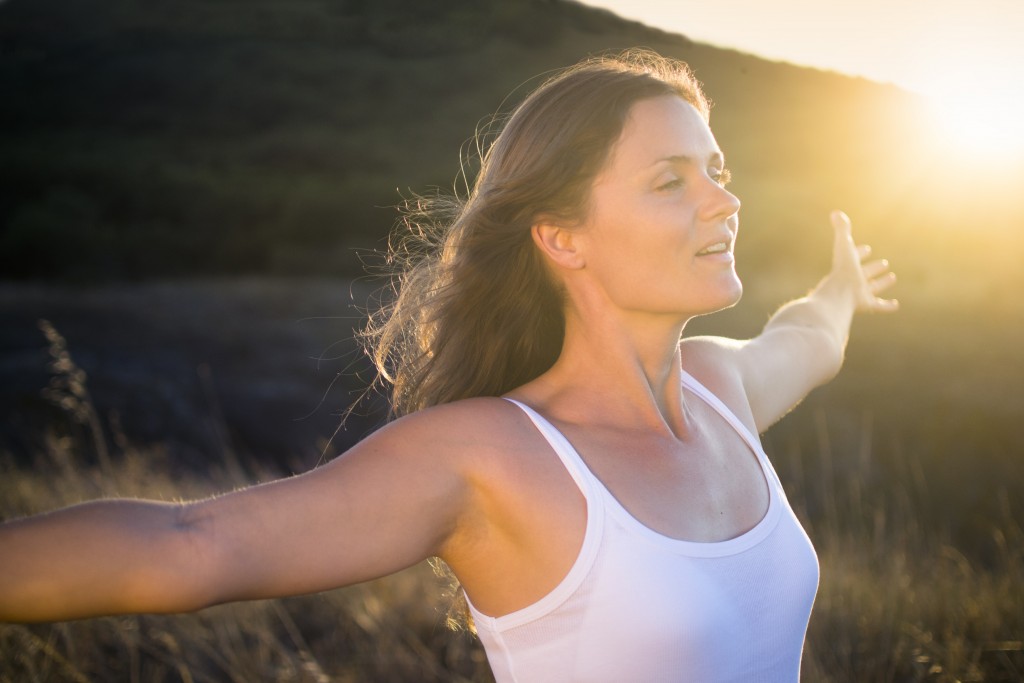 Create space in your mind to feel confident & inspired

THE CLEANSE IS ESPECIALLY DESIGNED TO 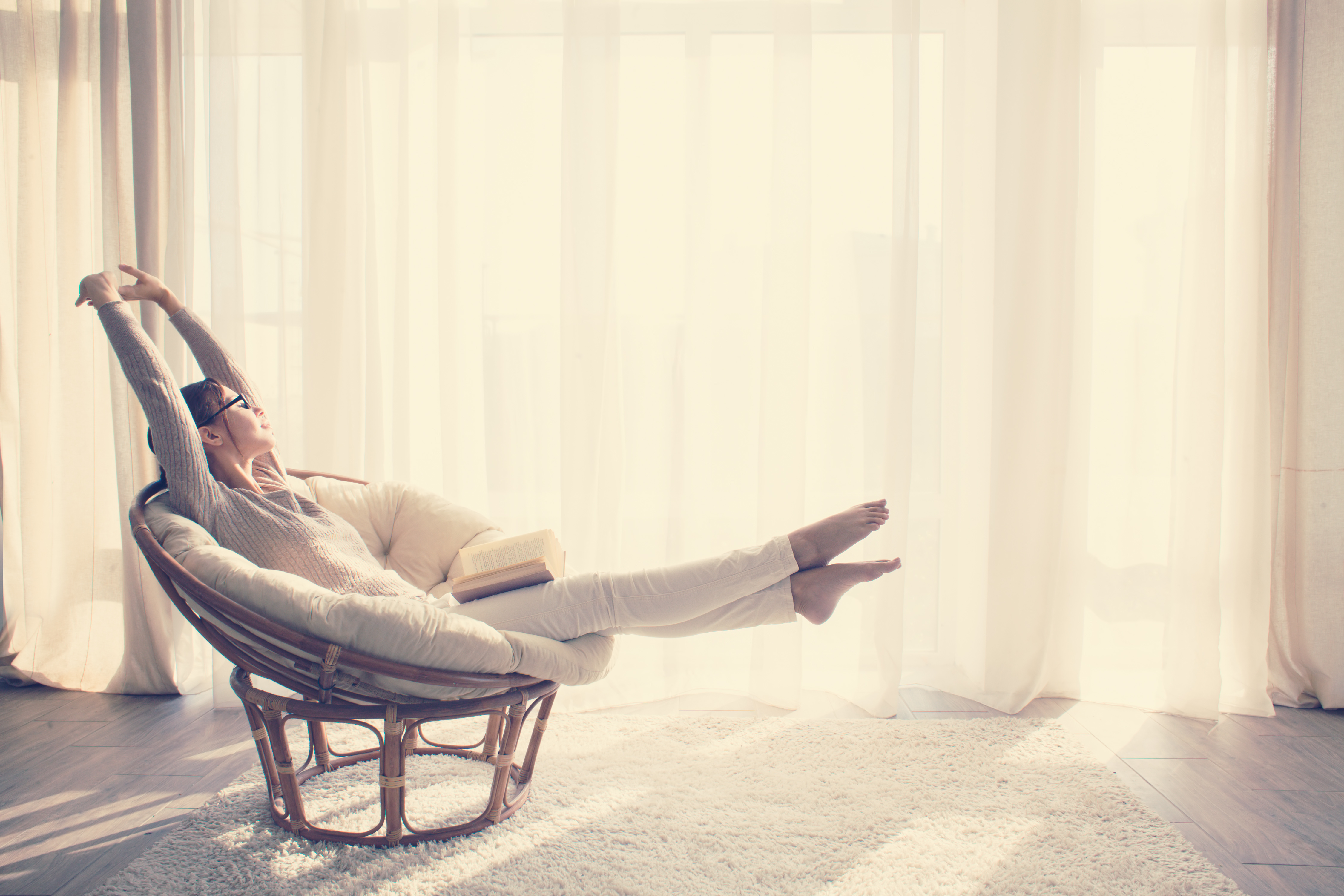 Boost your energy and vitality

Low energy, constant fatigue and poor memory are becoming a way of life for many people. Cleansing removes toxicity and mental "noise" from the picture, giving your body the space it needs to repair, regenerate and recharge!

Stress, hormone imbalances, compromised digestion, nutritional deficiencies... some or all of these issues are at the heart of our depleted immune systems.  Cleansing focuses on reducing the disruptive factors to strengthen and rebuild the immune system for lasting vitality and enduring happiness! 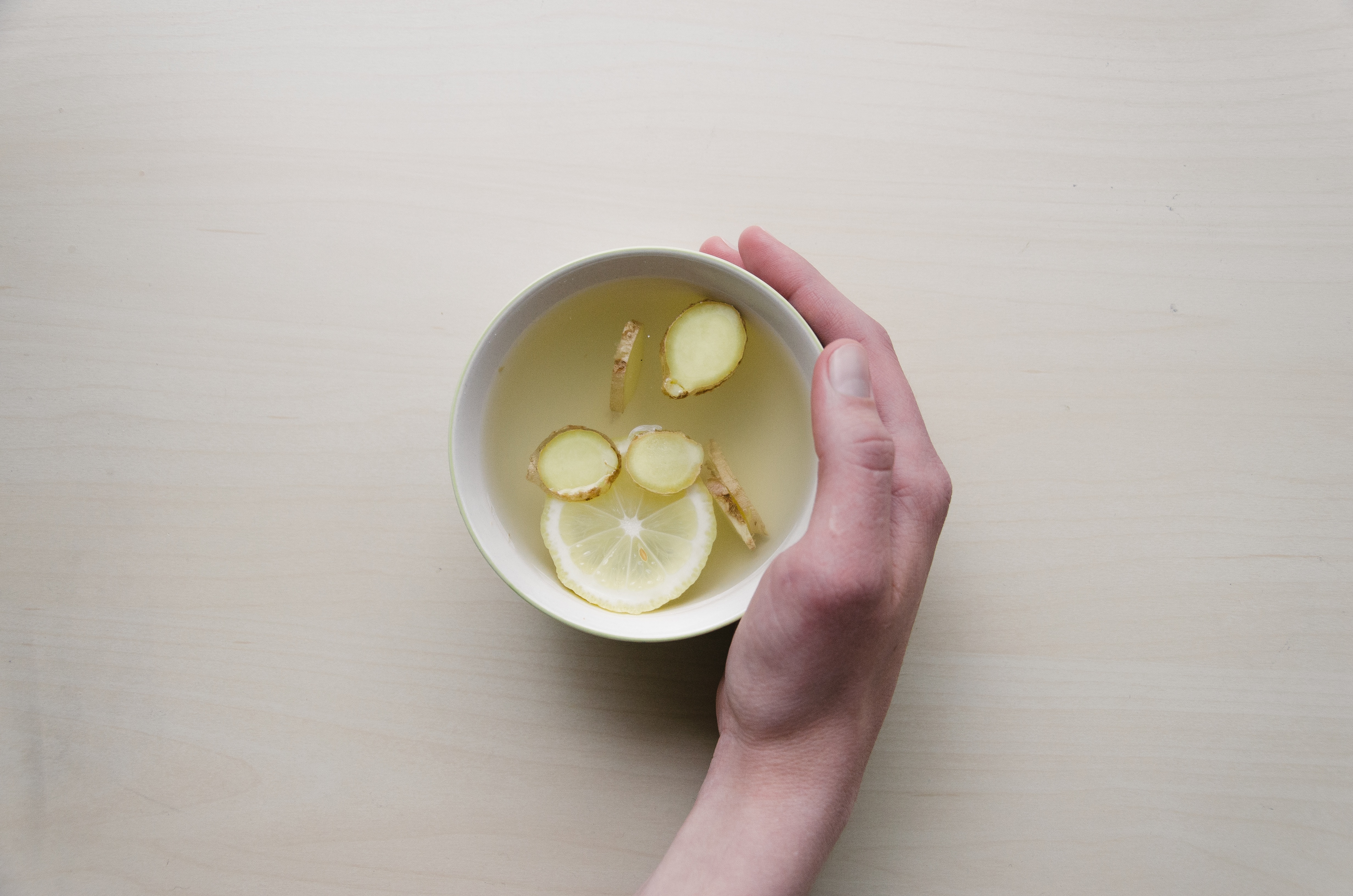 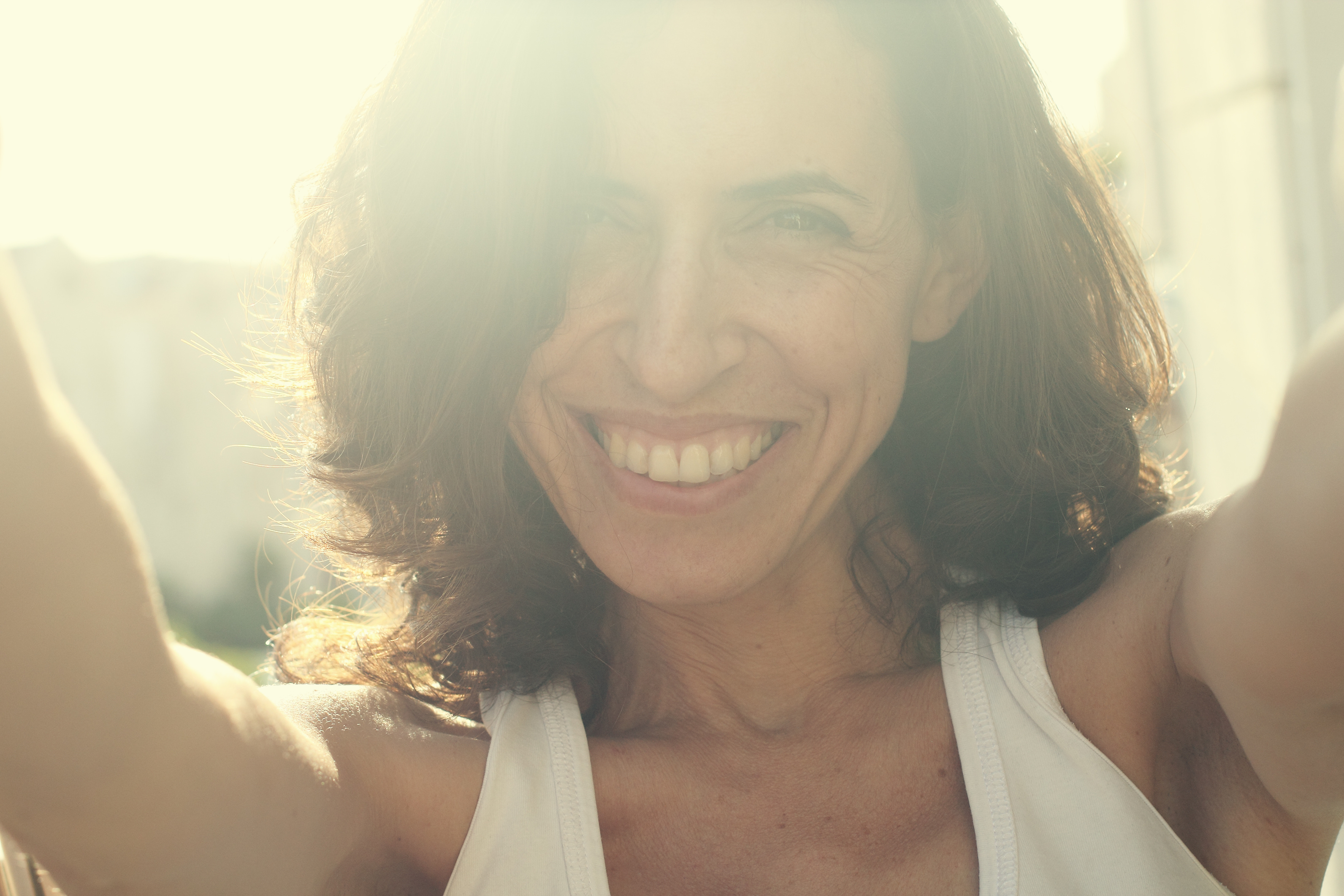 Depression, fatigue, weight gain, insomnia are the signs of a mind and body out of balance.  Cleansing works to reset and harmonize the interconnected systems of the body, restoring the physical, mental and emotional balance that results in a lighter, calmer, and more well rested you!

Inside the cleanse program you'll get...

The Ayurvedic cleanse I completed with Chara was my first encounter with Ayurveda and I loved it! She made the process simple so that we could focus on the changes going on in our body, mind, and soul.  During the cleanse, I not only released weight, but I also began to release some old habits and patterns that were no longer serving me.  I continue to use some of the components of the cleanse on a daily basis or whenever I feel I need to hit the restart button.   Chara is a graceful leader, motivator, and friend and I look forward to working with her again.

Before Chara’s Ayurvedic Cleanse, I had never participated in a cleanse before, so I was nervous. Could I handle it? Did I have the discipline? Would it fit into my busy lifestyle of teaching full-time high school? Not only was the cleanse completely doable, but cleansing changed my attitude toward both food and my body. I now understand how vitally important elimination is to good health. Cleansing will educate and empower you. If you have ever wanted to cleanse but weren’t sure you can “handle it,” Chara’s cleanse is the perfect first step.

I was taken by surprise at just how much I learned about myself, my habits and my priorities during this program. What I took with me after the 10 days was a more compassionate outlook on my body in form and functions and a wake-up call to take better care of my whole self. It wasn’t a cake walk, but through Chara’s easy, caring way and the group support dynamic, it was possible... and the benefits are truly life-transforming.

This has been a life-changing experience for me. I is exactly what I needed at this point in my life! Chara you are an amazing woman! I have so appreciated getting to know you and learn from you.

The cleanse really had a profound impact in my life. Thank you so very much for all your hard work and support. Interestingly enough, the cleanse made me realize that my issue is not with food (specifically sweets) but with other things that were not going well in my life. Now I´m working on including several things from the cleanse into my daily [post cleansing] life!

I have fasted/detox/retreated in the past however this programs opportunity for healing and growth on so many deeper emotional & spiritual levels makes it by far the best experience I’ve had. Weight loss was not one of my motivating factors however I lost weight I have held onto for 20+years, the detox brought about a general feeling of lightness in so many areas that I’ve no doubt i would recommended it to anyone facing heaviness in any area of their life. Added to this would be that the process is easy & the food delicious, I never felt that i did without, only that the daily practices nourished me & my body, I gained beautiful tasty food that by default was good for me! Such easy delicious  recipes i will continue to incorporate into mine & my families diet.

Create space in your life for balance and bliss

Make An investment in you

I get that Cleansing can be a scary thing.  Particularly since most cleanses focus on deprivation and can leave you feeling tired, hungry and angry.  Ayurvedic Cleansing is different in that it's a celebration of your vitality (and you get to eat yummy food).

My goal is for your experience of cleansing to transform you, and I'm grateful to have been able to help so many people to achieve this goal! But if you find that the cleanse challenges you in ways that you didn't anticipate, just contact me and we will find a way to ensure your satisfaction!

Do something today that your future self will love you for

How does the cleanse work?

The Cleanse is a private online + LIVE program.  You'll have access to a private members area with information, recipes, resources and a daily resource page and video for each day of the cleanse that will provide you with information about what to eat, do and consider (journalling).  The LIVE component of the cleanse is an online community where you can ask questions, share your experience and gain deeper insights about Ayurveda, your process and the process of cleansing.

What will I need to do to follow the Cleanse?

You can start the cleanse at anytime that suits you or choose to follow along with the group.  Each day you can view the video and review the resources for the day and follow the instructions for moving through the three different stages of the cleanse.  Inspiration and information can be found in the Cleanse online community as well as input from others doing the program!

Do I need to use Facebook to do the Cleanse?

No, the Cleanse is designed to give you step by step guidance through the entire cleansing process.  I will be available via email if you have questions OR you can purchase a cleanse upgrade that includes customized phone support for the entire process.

Ayurveda is an ancient system of healthy living that is considered the sister science to yoga.  It is the oldest known system of health and wellness and it's primary focus is the prevention of illness and disease through simple and practical diet, lifestyle and rejuvenation practices including cleansing!  Although ancient, Ayurvedic principles for living are an answer to the challenge of maintaining happiness and vitality in our intense modern culture.

Can I drink coffee on the Cleanse?

During the cleanse you'll be asked to avoid a number of foods that can serve to inhibit the body's ability to rest and reset.  Coffee, Dairy, Meat, Sugar are some of the food items we'll be avoiding during the cleanse (wanna know a secret?  You won't miss them!).

I'm vegan can I still do this cleanse?

Yes!  Nearly all of the food consumed during the cleanse is suitable for vegans (we're avoiding meat and dairy), the only exception would be ghee.  If you do not eat ghee, you can use a vegan substitute instead.

Will I lose weight on this cleanse?

The program is not designed as a weight loss program but nearly everyone who does it loses weight.  The focus of the cleanse is letting go of what does not serve you, so if you have excess weight, it is likely that some portion of it will be shed during the cleanse.

In need of a transformation?  I'm here to show you how to feel alive again.  Because who doesn't want to look and feel radiant, make empowered choices, and live in a way that's authentically connected to you, your world and what matters most.  That's what true health is.  It's also how it feels to live your bliss.